If you want to know the connection between vitamin B complex and stress, keep reading below.

Vitamin B, which is a family of 8 water-soluble vitamins, influences health in many ways. It has effects on energy, mood and behaviour, and the development of degenerative diseases such as heart disease or cancer.

Why do we need B vitamins? How can we combat stress with B vitamins? Some of the B vitamins, such as B1, B2 and B3, have a major role in the process of converting food into energy in the body. High doses of vitamin B3 can bring relief in schizophrenia, which is a distressing mental illness. Vitamin B6 and folic acid can reduce the chances of developing heart failure.

Vitamin B complex and stress

According to David Benton, a professor at Swansea University in Wales, vitamin B deficiency always first appears as a psychological symptom. These can include, for example, irritability, anger and difficulty coping with problems at home or work. B vitamins have long been considered stress-reducing nutrients. They play an important role in maintaining the health of the nerves and brain, so their deficiency significantly affects the functioning of the nervous system.

If you want to deal with stress, it’s best to start with B vitamins or a B complex supplement. Read the label on the box to see if it contains at least 10 mg of vitamin B1 – and also how much of the other B vitamins you must take. If no improvement is seen after thirty days, triple the dose or take a B complex preparation containing 25 mg of vitamin B1 (again, only the other B vitamin doses will be adjusted to this amount).

There are also kids vitamin B complex supplements available if your child struggles with nervousness and stress.

It is possible to experience certain “side reactions”, as some doctors point out. For example, that our skin ends up being in a better condition. “When I was in my twenties and had dandruff, I happened to read somewhere that vitamin B helps dry, flaky skin. I was already taking a 10 mg vitamin B complex, so I upped the dose and the dandruff went away. Then I kept taking higher doses of vitamin B and the dandruff never came back. So with B vitamins, we can also improve the condition of the skin.

READ NEXT: The Definitive Guide to B Vitamins for Energy

Consider Dr. Benton’s experience. Some of his healthy students were given large amounts of multivitamins (containing ten times the RDA of vitamins), while others were given placebo tablets (no drug content, just identical in appearance) for a year . According to the article published in Biological Psychology / Pharmaco Psychology with the results of the study, the young people who took multivitamins showed a much better general condition, and the mood of the women was categorically improved.

Benton found that although all vitamins were beneficial, vitamin B1 was superior to all. In a later experiment, he decided on vitamin B1 supplementation for female students. The subjects already felt after two months with a lot of mail impede, they acquired a more structured thinking and were more energetic. At the same time, their reaction time decreased.

When it comes to vitamin B complex and stress, A number of studies claim that elderly people who show signs of senility suffer from vitamin B12 deficiency. Treatment with vitamin cures can improve mental abilities. Other nutrients can also help in this situation, but it takes several months to achieve the desired effect. Vitamin E also has a beneficial effect on brain cell function. The plant called Ginkgo biloba has the same beneficial effect.

B vitamins can relieve migraine headaches

B vitamins and multiple sclerosis

Multiple sclerosis (MS) is a disease caused by the destruction of the sheaths around nerve fibers. Several studies have already shown that people with MS have a permanent vitamin B12 deficiency. Low levels of folic acid can also be a problem. These two vitamins work hand in hand. Many people have problems absorbing vitamin B12 in the gut. Vitamin B12 injections can solve the problem. Equally good are the tablets to be taken under the tongue (absorption being very efficient in this case).

Another beneficial measure in multiple sclerosis is to reduce the intake of oil and fat, while increasing the consumption of Omega-3 fish oil and olive oil. Increasing the intake of antioxidants such as vitamin E, vitamin C and alpha-lipoic acid is also welcome.

B vitamins and arthritis

Years ago, doctors realized that they could reduce the symptoms of rheumatoid arthritis by giving a B vitamin to the treatment, and it was even more effective by adding another B vitamin. It is faster and more effective to use large amounts of B complex supplements rather than experimenting with B vitamins one at a time.

A study published in the Journal of the American College of Nutrition claims that folic acid (6400 mcg) and B12 (20 mcg) alleviate osteoarthritis. And another study, published in Schmerz, Germany, described the analgesic effect of vitamins B1, B2 and B12. Researchers say that taking these vitamins together is much more effective than taking them separately.

B vitamins and premenstrual syndrome

Premenstrual syndrome is most often caused by an excess production of the female hormone, called estrogen. Two B vitamins, choline and inositol, help convert estrogen into estriol, a form of the hormone that no longer has harmful effects. Vitamin B6 also has a diuretic effect, so it prevents premenstrual urinary retention. If you want to take vitamin B6 (daily dose of 50-100 mg), it is best to take a vitamin B complex supplement immediately, to achieve the optimal effect. Further proof that all members of the B vitamin family are necessary.

Another help comes from eating foods rich in soy. Soy contains estrogenic compounds that counteract the hormone’s side effects. Soy milk and tofu are just a few of the many types of soy we can find in supermarkets and health food stores.

B vitamins and carpal tunnel syndrome

Carpal tunnel is a disease of the hands and wrists with very severe pain or numbness. This condition is caused by habitual straining of the hand, so it is most common in supermarket cashiers, typists and factory workers. 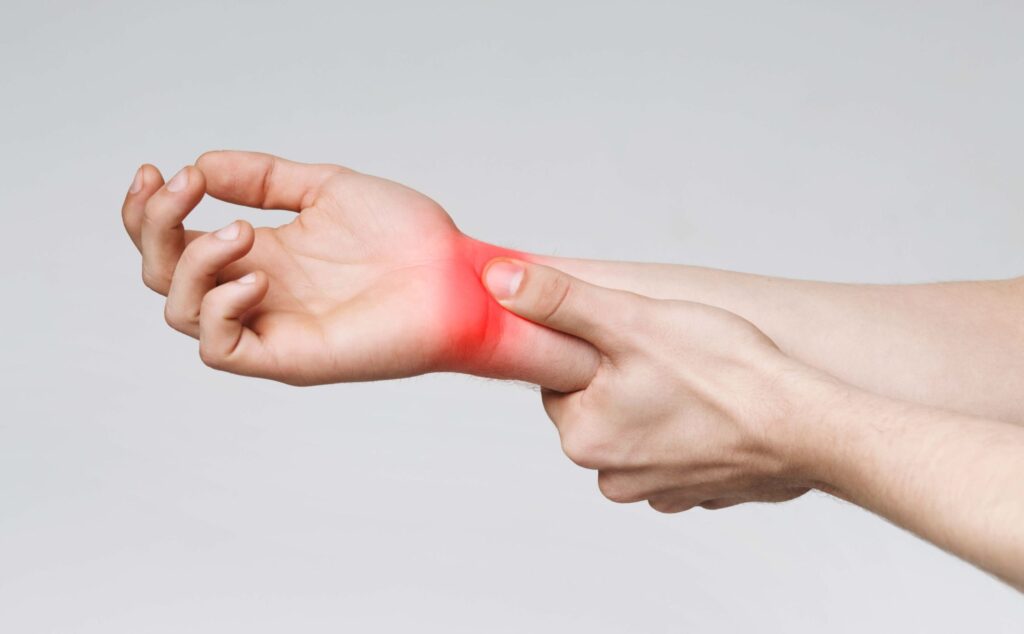 About thirty years ago, Professor John Ellis of Mount Pleasant, Texas, realized that vitamin B6 improves the condition of patients with carpal tunnel syndrome. He noticed that people with this disease had low levels of vitamin B6, so if he gave them 100 mg a day for ninety days, he was able to bring their vitamin B6 back to normal levels.

Other researchers have also noted a strong association between low levels of vitamin B6 and carpal tunnel syndrome. It has been found that probably during constant exertion, the body requires higher amounts of vitamin B6.

It is rare for a person to be deficient in just one nutrient. B vitamins work together as related nutrients. Thus, an adequate treatment of carpal tunnel can be done with 100 mg of vitamin B6 per day, plus a vitamin B complex supplement that includes all members of the vitamin family.

B vitamins and schizophrenia

First, we need to clarify what schizophrenia is. This disease does not mean a state of unconsciousness. Rather, it is a mental illness, involving sensory delusion (such as paranoia) and hallucinations (hearing and seeing things that are not there).

In the early 1950s, Professor Abram Hoffer and Professor Humprey Osmond discovered that in some types of schizophrenia, the patients’ body produces hallucinogenic substances. These are an oxidized form of adrenaline.

Based on their knowledge of biochemistry, the researchers believed that vitamin B3 in large amounts (either niacin or niacinamide) and vitamin C could neutralize these hallucinogenic substances. It turns out they were right, and their first psychiatric experiment was published in the Menninger Clinic Bulletin. In the late 1960s, when hallucinogenic drugs like LSD and mescaline were very popular, some people used vitamins B3 and C to recover from the “flight”.